A selection of drawings and other artworks that I have created.

A painting I did back when I was into fluid acrylics. I enjoy this one because it looks like a galaxy. It currently hangs in my dining room. 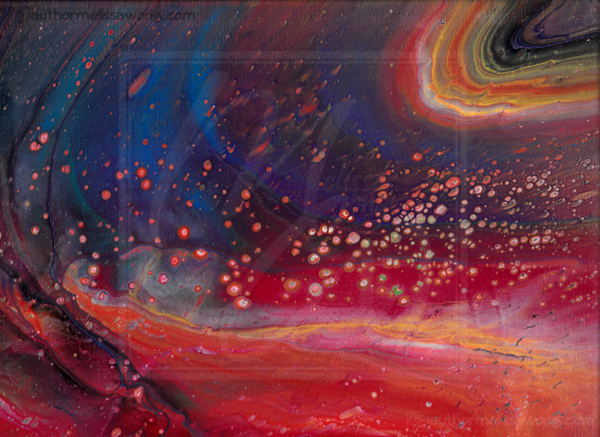 Another fluid acrylic painting. This one is reminiscent of water, and also hangs in my dining room. 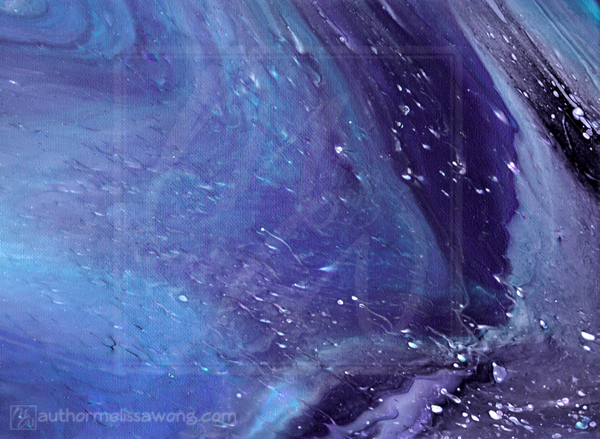 Back when my husband and I were in our early 20s, we were in the middle of a move from a rented room into our first apartment alone. This was the picture I drew to celebrate that occasion. It's still one of my favorites, and highlights the hope I felt coming out of a very difficult time for us. 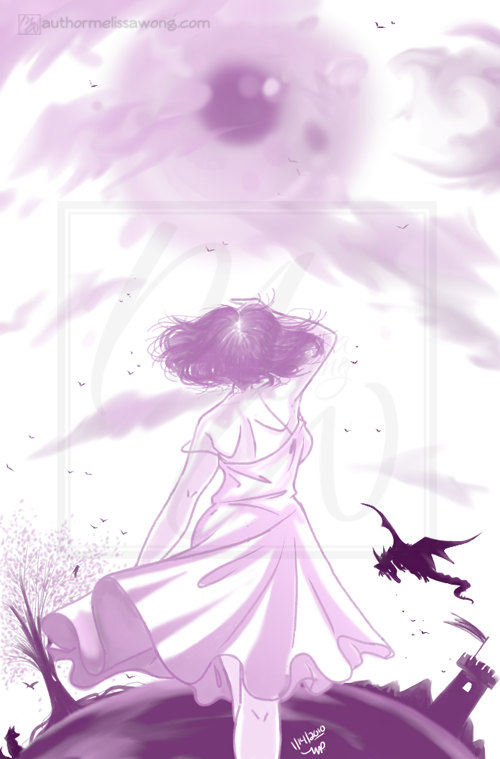 An old pic I did way back when of my husband [then fiancé] and I. 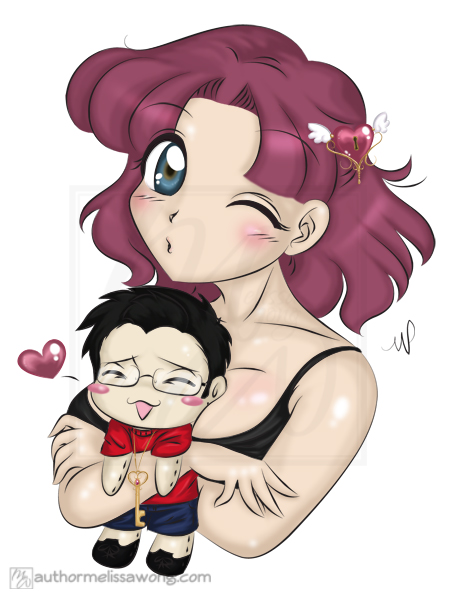 Back when we were first trying to have kids, I had a few miscarriages due to my [yet undiagnosed] autoimmune disease. My husband and I have this tank/healer joke since we play MMOs together and this was me respecing into a battle healer to fight my own body more or less. Art really helped me through this difficult time.

Note: I use a lot of dragon imagery with my husband and a lot of phoenix imagery with myself because it ties in to the whole Chinese legend of the dragon and phoenix thing that is traditionally applied to married couples. 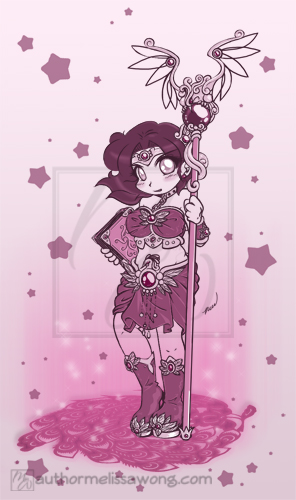 A picture I used in my signature on an avatar forum I used to contract for back when I first found out I was pregnant with my daughter. I used it as the the inspiration for one of the items I made. [Finda's Star] 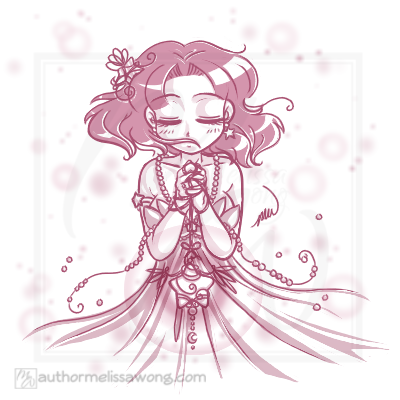 This is the layers list from one of my largest files to date, the character insert image from volume 2 of Atlantis: TVC.

300+ un-labeled layers, because that's how I roll apparently. *facepalms*

Sketch for the cover of Atlantis: TVC volume 1. It's probably the sloppiest sketch I've ever done, but I love the pic of Achine that came from it. So I guess I can't complain! 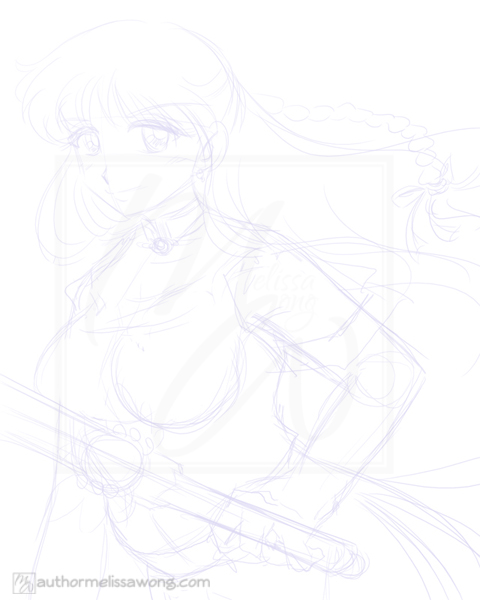 Sketch of the cover for volume 2 of Atlantis: TVC. At the time I had no idea it would be the cover--it was just a moody image I wanted to create. Unlike the last one, this has too much detail, ha ha! 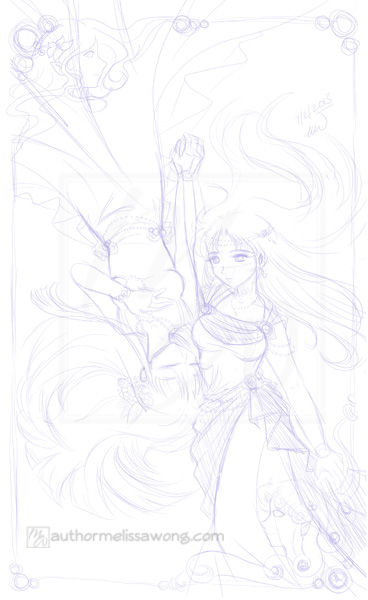 Sketch for the volume 3 cover of Atlantis: TVC. This was part of a larger sketch file, and while I was making plans for the cover, I wasn't entirely sure I'd go with this one. I do love the power dynamic it gives, with Varanis wielding the sword but Achine actually guiding his hand.

My husband thinks it looks like he's going to behead her, but I don't see it. 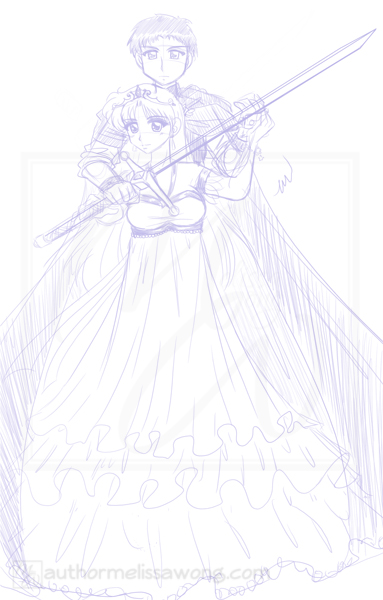 Sketch of the main Atlantis TVC cast in modern clothing. I... I still haven't colored this three years later. *shame* 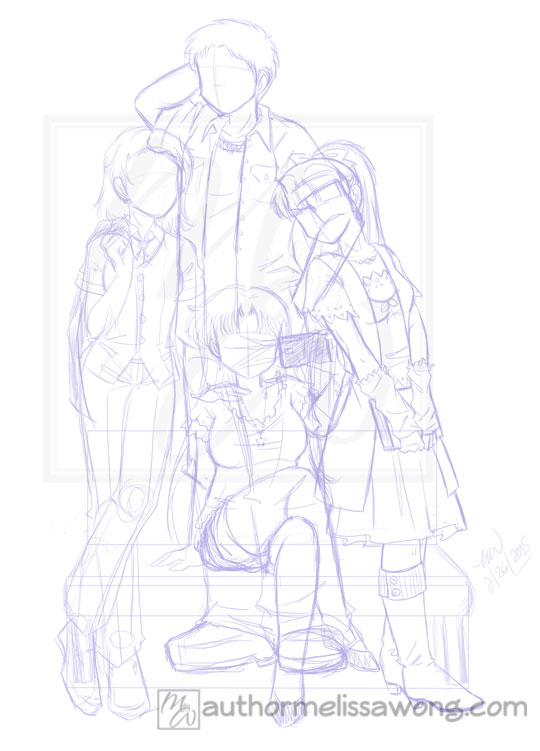 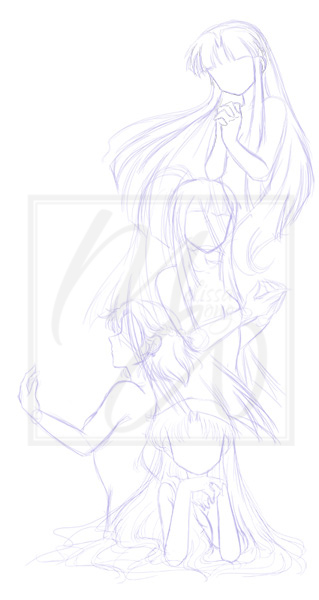 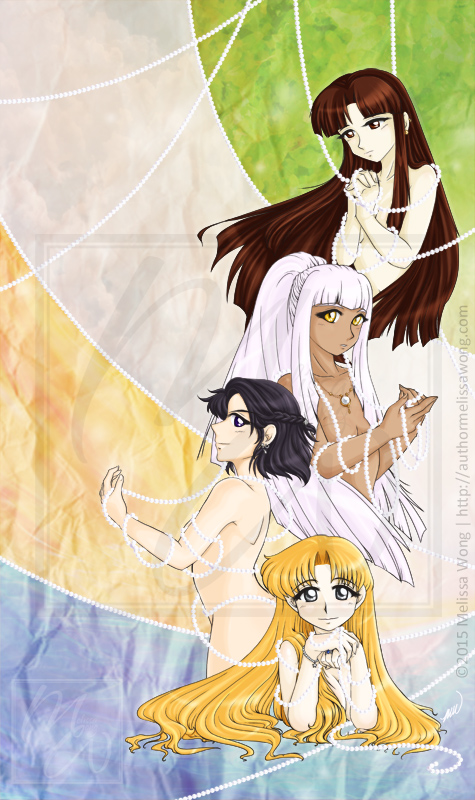 Sketch of Achine and Gia from Atlantis: TVC volume 2. 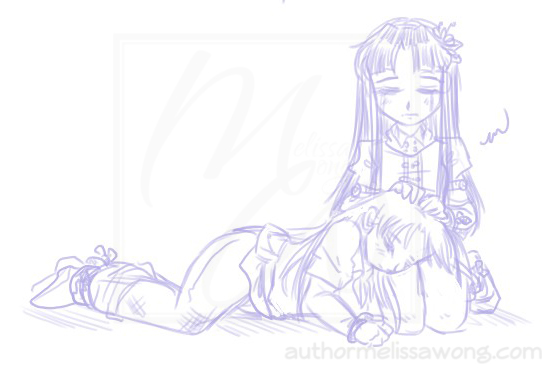 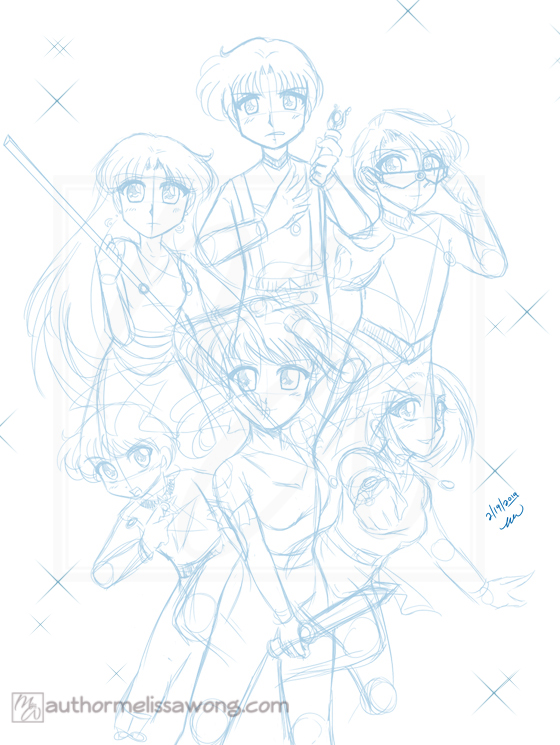 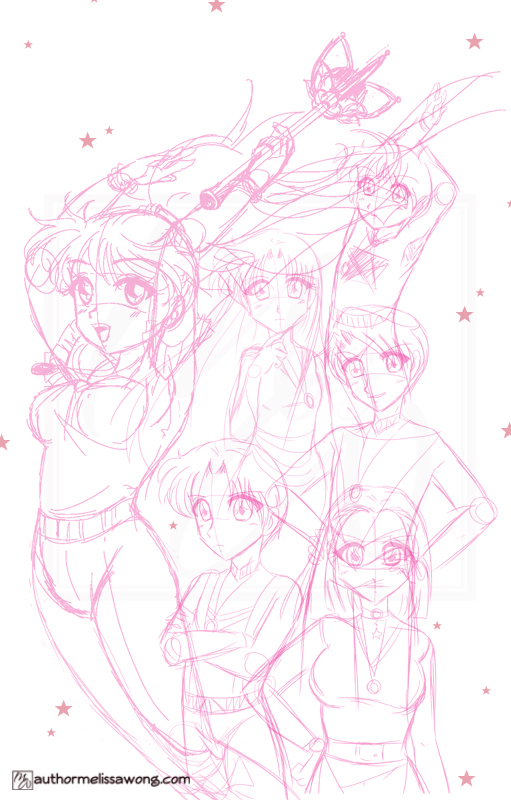 Old cover art from the original Feline Warriors comics I made in middle/high school. [Such bad art, ha ha!] 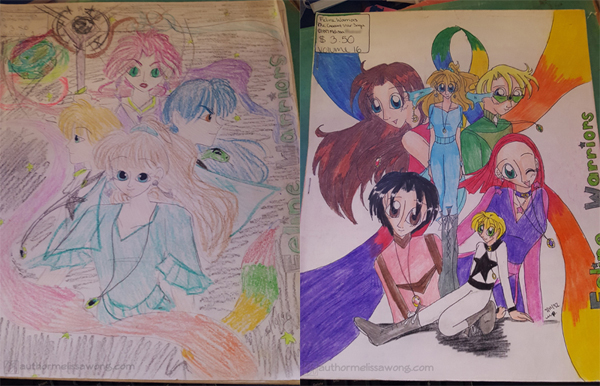 Sketch for an alien race that shows up in a future volume of Feline Warriors. A lot of my "aliens" were way too humanoid, so this time around I am trying to make them completely different.
Space mermaids! 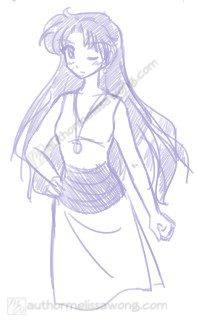 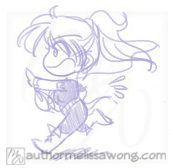 I rarely do traditional art due to an old hand injury, but sometimes I try anyway. I intend to color it, someday... 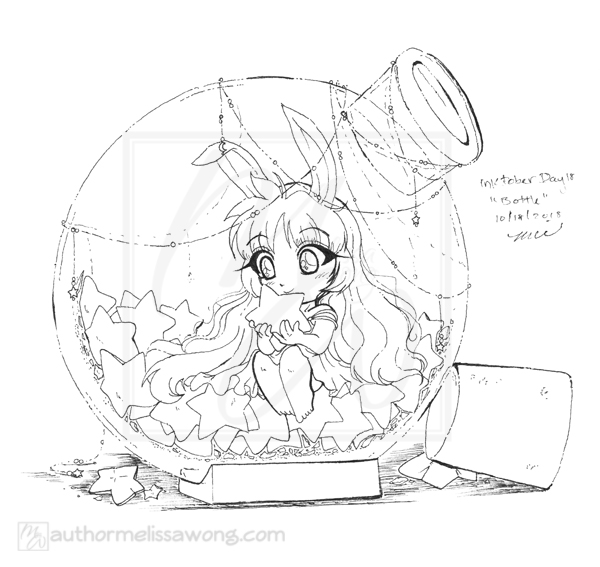